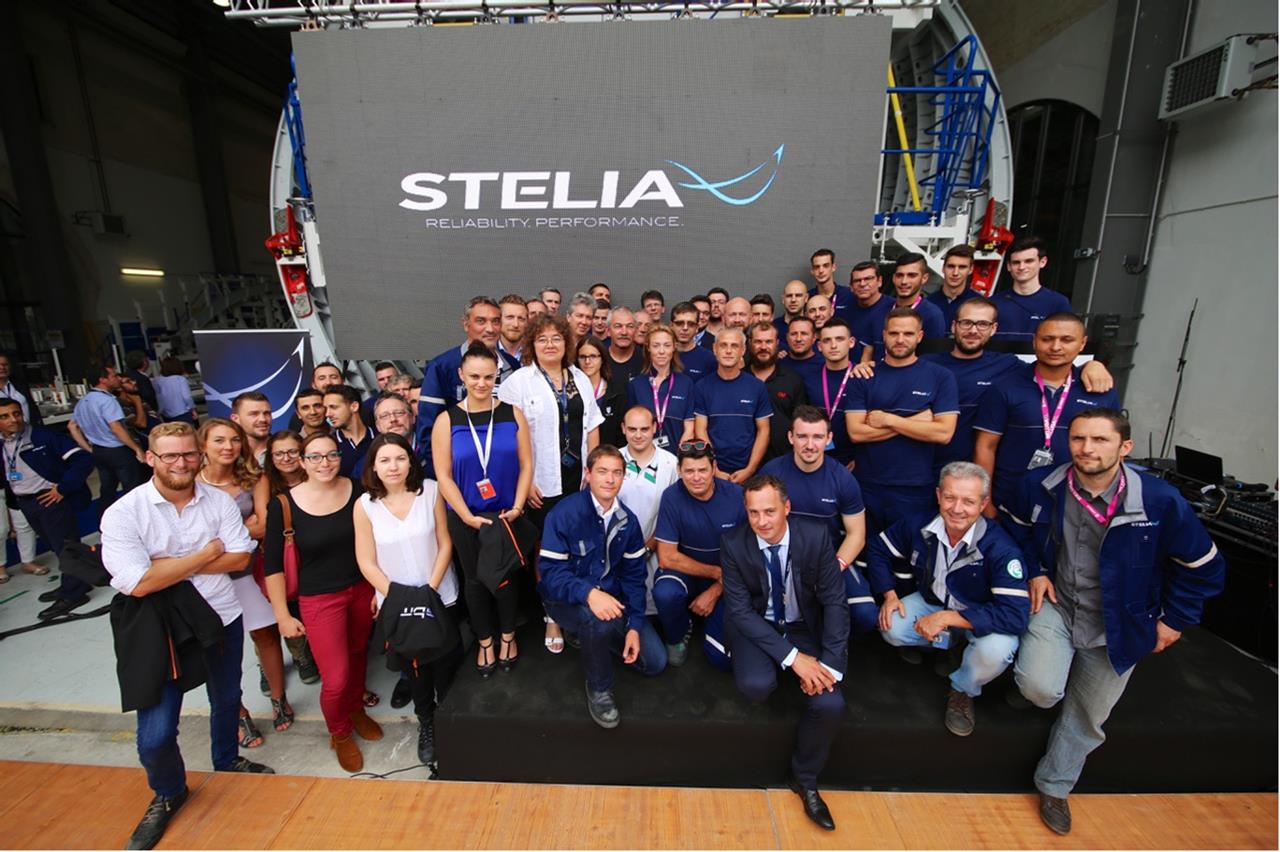 With its outstanding dimensions (8m long, 9m large and 8 m high, and a total weight of 2.1 tonnes), the Upper Fuselage section will be transported by road from the STELIA Aerospace plant to Rochefort seaport, before being shipped to Toulouse, where the super-transporter’s final assembly line is located, first by sea and river to Langon river port close to Bordeaux, then by road from Langon to Toulouse, following the A380 special transport itinerary.

Since January 2015, the teams of three STELIA Aerospace sites (Rochefort, Saint-Nazaire and Toulouse) have worked together to ensure the design, assembly and equipment of this work package and its associated mechanisms.

After being designed at the Toulouse (systems and structure) and Rochefort (mechanisms and calculations) design offices, the elementary parts were manufactured by Rochefort and Saint-Nazaire sites, as well as STELIA Aerospace’s suppliers, and assembly and testing were carried out on the Rochefort site.

The main characteristic of this two part work package (after the upper fuselage, the cargo door will be delivered in September) is the complexity of the opening and closing settings, on the biggest aircraft door ever manufactured in Europe (almost 140 sq. meters).

The BelugaXL, a latest generation aircraft (derived from the Airbus A330), is the successor of the current BelugaST (derived from the Airbus A300). The programme was launched in November 2014, in order to adress Airbus’ transport capacity requirements due to production ramp-up. In this context, the aircraft manufacturer decided to expand its existing BelugaST fleet with the development and production of five new BelugaXL aircraft, which will gradually enter into service as from 2019.

Cédric Gautier, CEO of STELIA Aerospace, said: “In the name of STELIA Aerospace, I wish to express the huge satisfaction of delivering the Upper Fuselage of the BelugaXL, after 30 months of intense and close work between our different sites and our customer’s teams. STELIA Aerospace teams have demonstrated once again their ability to deliver on time a complete section, ready for assembly with the Cargo Door ».

This delivery follows the delivery, on 30th May, of the first fully equipped nose section of the BelugaXL to the final assembly line in Toulouse.