STELIA Aerospace inaugurates its Aeronautical Factory of the Future in Méaulte, France 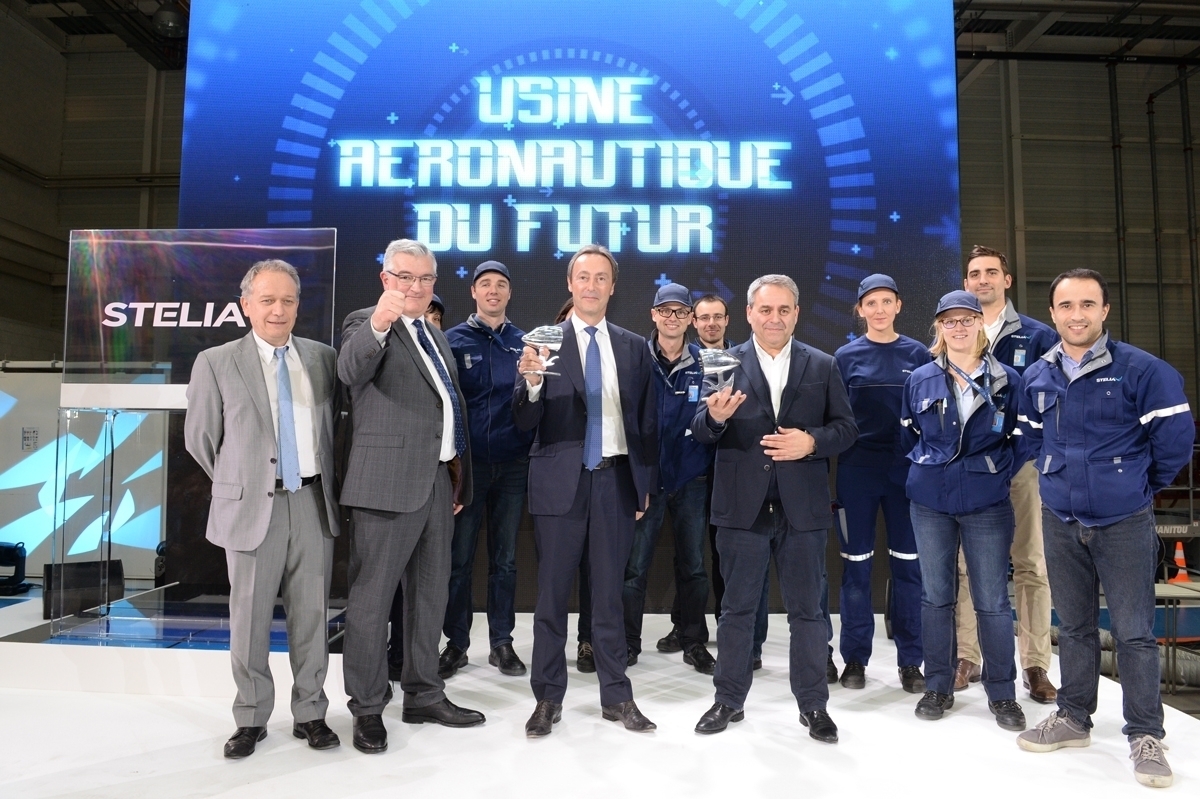 After more than one year of transformation and an investment of 70 M€, the STELIA Aerospace factory in Méaulte, specializing in aerostructure assembly, mainly for the front fuselages of Airbus aircraft and the central fuselage for Bombardier’s Global7000, becomes one of the most modern plants in Europe.

The site has been extended up to 1.2 million sq. feet (115,000 sq. meters) of production surface, and is now equipped with new leading-edge tools : more than 35 robots and automatic riveting machines as well as 3 moving production lines, moving at the rate of 1 in/min, dedicated to the A320 family, and enabling the delivery of 15 front fuselages per week.

The industrial facilities also include new digital tools supporting production, based for example on augmented reality and digital mock-ups.

In order to optimize the operational performance and simplify the industrial flows, the factory is now organized by production programme, each one located in a dedicated building with its relevant teams.

These innovations will enable STELIA Aerospace to challenge its customers ramp-up, master its performance reliability and maintain its position as a key player on the aerostructure field, in order to conquer new markets and secure jobs on its historic sites.

Cédric Gautier, STELIA Aerospace CEO, said: “I am extremely proud to inaugurate this new plant which, thanks to its leading-edge tools and processes, will help STELIA Aerospace to remain one of the world leaders in the field of aerostructures, by enabling our teams to be innovative, and to develop, deliver and support our products to our customers, over the world”.

STELIA Aerospace designs and manufactures the front fuselage sections for the entire Airbus family, as well as fuselage sections and specific sub-assemblies for Airbus, fully equipped wings for ATR, fully equipped central fuselages for Bombardier’s Global7000, and complex metallic and composite aerostructure parts for Boeing, Bombardier, Embraer, Northrop-Grumman…
Méaulte, the group’s biggest site, employs 1,600 people – one third of its employees in France, and has delivered 740 front fuselages in 2016.